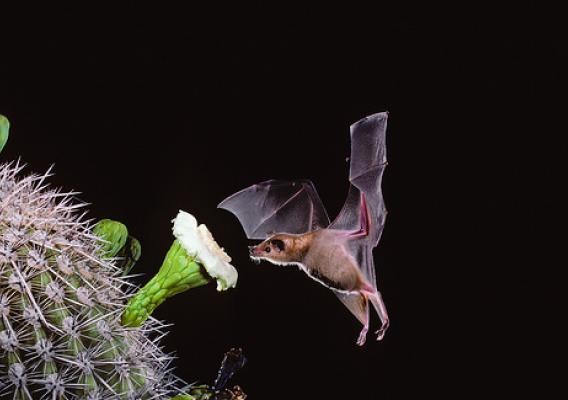 Celebrate the Mysterious World of Caves, a Home for Bats during International Bat Week

What images enter your mind when you think of caves or bats? Many people’s initial thoughts center around small spaces, dark places and the misleading myths surrounding the world’s only flying mammal. Both caves and bats are part of a fascinating story found in your national forests and grasslands.

“Natural caves are some of the most unique and complex resources managed by the Forest Service,” said Cynthia Sandeno, a wildlife biologist for the Forest Service’s Eastern Region. “Caves are also home to many living things like bats that play a vital role in our everyday lives, by controlling insects and pollinating plants like agave.” 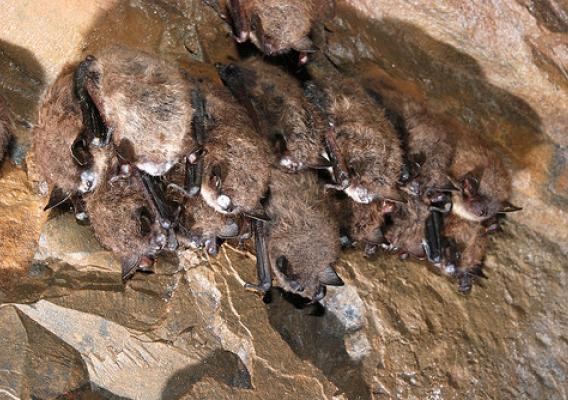 Take a moment to look at the night sky and watch the swift flight of bats on their daily mission as they dart through your backyard or forest. Now, think about how it’s becoming harder to spot these winged wonders, and ask why. The answer: The quickly growing spread of a disease known as white-nose syndrome has been decimating bat populations, as explained in a recently released film on the subject.

This increasingly devastating disease has killed more than six million bats in just six years, a serious problem for a creature that provides so many benefits to the environment – as both a plant pollinator and as a major predator in keeping insect populations in check.