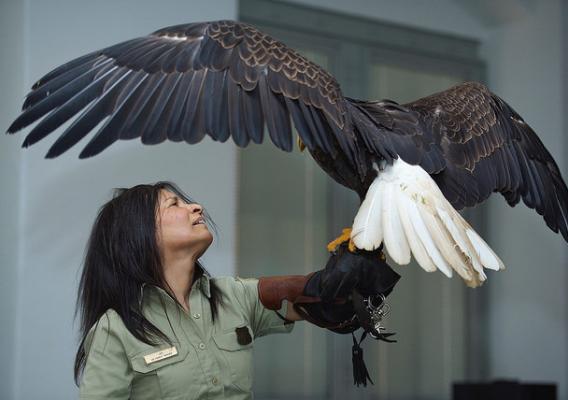 Most educators agree that experiential learning makes a more lasting impression on students than classroom lectures. It’s the reason why Cindy Bryant and Greg Phillips, both teachers from Robert C. Byrd High School in Clarksburg, WV, put in the hard work to organize an overnight field trip for their students. The two educators never imagined it would be something they, and their students, would never forget. 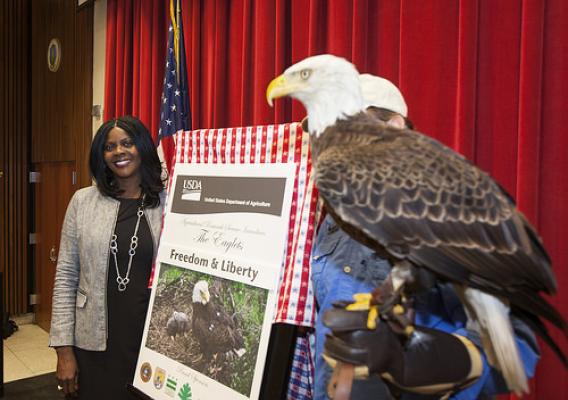 Say “hello” to Freedom and Liberty, the newly named bald eaglets at the U.S. National Arboretum! Those names were chosen by you through a poll hosted by the Friends of the National Arboretum (FONA) that was compiled from thousands of suggestions submitted to our partners: the American Eagle Foundation (AEF) and the District of Columbia Department of Energy & Environment (DOEE). The formal announcement was made today, April 26, during a ceremony at the National Arboretum. 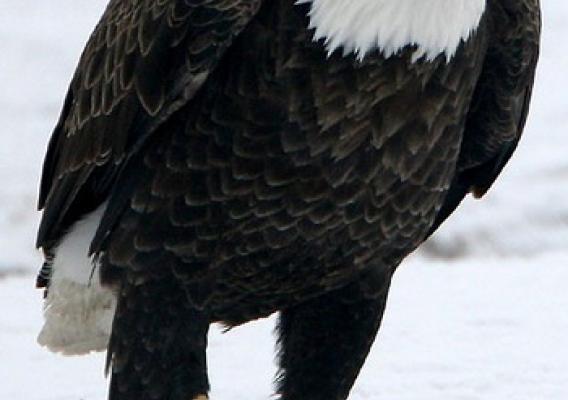 Despite the many benefits which come from clean wind energy, one of the most majestic birds of prey, the eagle, is itself falling prey to the blades of wind-energy facilities. For reasons still not clear to scientists, eagles are vulnerable to collisions with wind turbines, and in some areas such collisions can be a major source of the bird’s mortality.

For this reason a research team led by of U.S. Forest Service scientist Teryl Grubb successfully captured and instrumented the first of six adult bald eagles with GPS devices during a recent winter trapping effort in Michigan. 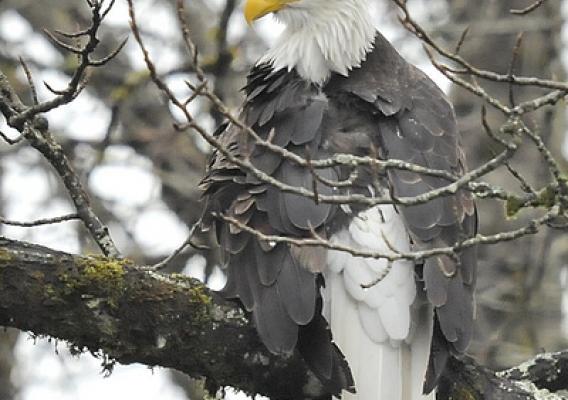 Bald eagle counting season is in full swing for the U.S. Forest Service, specifically in California and Washington.