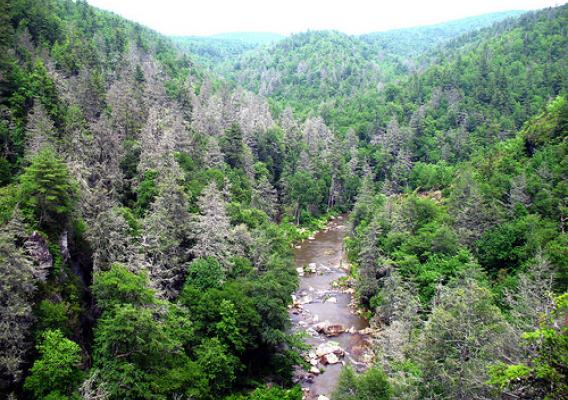 Residents of the Appalachian Mountains of the eastern United States have long enjoyed a rich culture of storytelling. Often rooted in a deep connection to the natural world, stories from Appalachian folklore serve to entertain as well as to educate; sometimes, important life lessons emerge, especially from tales of demise. A present-day ghost story from the southern Appalachians has captured the attention of U.S. Forest Service researchers who are using high-tech tools to follow the footprints of lost life.

In New England – or anywhere for that matter – nothing says the weekend like a short stack fresh off the griddle, covered by its inimitable mate, maple syrup. Whether the color is dark amber or golden light, the flavor is unmistakable. But as we pick up our forks and dig in, how many of us really think about where it comes from or how it’s made?

Did you know the most common tree used is the sugar maple? It grows mostly in the Northeast and Canada.

Production of maple syrup continues to climb, and according to data from USDA’s National Agricultural Statistics Service, Connecticut saw an increase in maple sugar production with a record 78,000 taps in 2013. 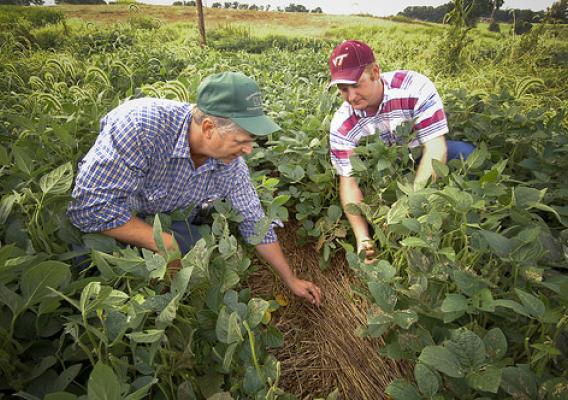 Farming and ranching is not a one-size-fits-all approach. Agriculture in the United States is a mixing bowl of diversity, and it’s most evident when comparing large- and small-scale farming operations. Having grown up on a small, family farm in Iowa, I saw first-hand not only how important our small farmers and ranchers are to the nation, but also the challenges they face daily.

There is much variation among small family farms and ranches. No one definition comes close to capturing the richness and diversity of these operations. For example, while many farmers and ranchers are loyal to their traditional production systems, others constantly seek new opportunities and experiment with alternative crops, production methods and innovative marketing approaches. As a result, the United States produces a striking range of food and fiber, from soybeans to sesame, from beef to buffalo.

How do you find something that doesn’t want to be found - something that has evolved to be cryptic, elusive, and stealthy?  That is the question asked of APHIS geneticist Dr. Antoinette Piaggio. She and others at the National Wildlife Research Center (NWRC) - the research arm of the APHIS Wildlife Services program - are investigating new ways to track and locate invasive Burmese pythons.

Burmese pythons have made a home in Florida competing with and feeding on native wildlife. Experts agree that new tools and techniques are crucial to monitoring and controlling the spread of this elusive snake.

“Burmese pythons are semi-aquatic and can be very hard to detect given their elusive nature and cryptic coloration,” states Piaggio. “We’ve developed a new detection method that uses environmental DNA, thereby eliminating the need for seeing or handling snakes.”

American farmers know about planting seeds—both in the ground and in groundbreaking research. While the seeds they plant as individual farmers feed and clothe the rest of us, the seeds they sow collectively through participation in research and promotion (R&P) programs are vitally important, too.

Funded entirely by industry, agricultural R&P programs are a way for producers and businesses across a commodity industry to pool their resources to help market and improve their products. With oversight provided by USDA’s Agricultural Marketing Service (AMS), one of the most important seeds these programs sow is the foundational research that paves the way for breakthroughs that once seemed unimaginable.

Craig A. Morris, Deputy Administrator of the AMS Livestock, Poultry and Seed Program Posted in Conservation
Respond to this story 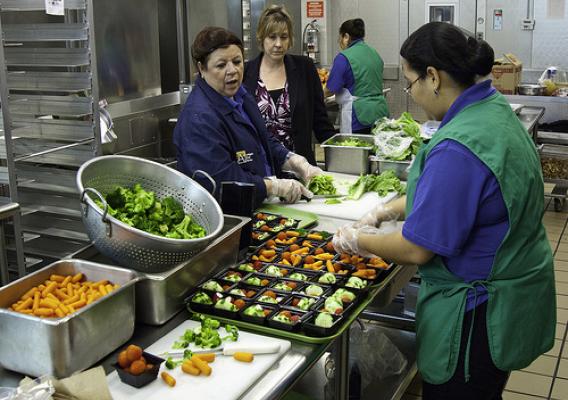 During the month of April we will take a closer look at USDA’s Groundbreaking Research for a Revitalized Rural America, highlighting ways USDA researchers are improving the lives of Americans in ways you might never imagine, while ensuring that our program are effective and well managed.

For Federal nutrition assistance programs to succeed over the long term, they must operate with a high degree of integrity.  The American people expect and deserve nothing less.  At FNS, we use research and analysis to take a hard look at integrity in these programs, determine strengths and challenges, and shape innovations to continuously improve.

While fraud and errors are low in FNS programs, we assert that any level of either is unacceptable.  High-quality research is an integral component in our integrity efforts because it enables us to see where fraud and errors occur and identify ways to strengthen the programs against those challenges and track progress over time:

This Earth Day I visited the rural Maine community of Hartland, population 1,782, for its 1st Annual Earth Day Celebration. I was greeted by Hartland’s Interim Town Manager Christopher Littlefield, and the smiling children, residents, town and wastewater officials who welcomed me to their community for a special Earth Day announcement.

I was pleased to join partners including Maine’s Congressional Staff and the Maine Department of Economic and Community Development to announce significant USDA Rural Development funding in the amount of $29.7 million to fund seven Maine wastewater treatment facilities. Included in the announcement is the Town of Hartland which will receive $1,600,000 through USDA Rural Development for essential upgrades to the wastewater treatment facility. 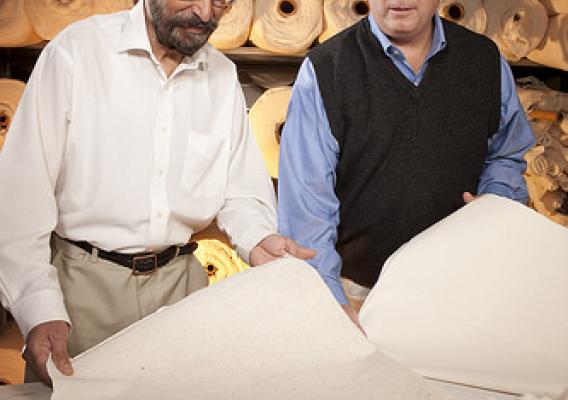 This post is part of the Science Tuesday feature series on the USDA blog. Check back each week as we showcase stories and news from the USDA’s rich science and research portfolio.

During the month of April we have taken a closer look at USDA’s Groundbreaking Research for a Revitalized Rural America, highlighting ways USDA researchers are improving the lives of Americans in ways you might never imagine.

Ag research month has been an excellent opportunity to showcase all the ways in which USDA is truly the “People’s Department.”

That’s how President Lincoln described it after USDA was established in 1862. More than 150 years later, we continue to find innovative ways to improve agricultural production and create new products to benefit the American people.

What's a Pine Cone Got to do With It? Educators use them for Art and Science

This post is part of the Science Tuesday feature series on the USDA blog. Check back each week as we showcase stories and news from the USDA’s rich science and research portfolio.

A pine cone has many purposes. It could serve as a home for birds and insects. Pine cones contain seeds to use in reforestation projects. They even can be made into fanciful ornaments to adorn the 2014 Capitol Christmas Tree.

That’s exactly what students learned during a recent Science Fusion program at the Science Museum of Minnesota.

As part of an overarching mission to the world of science, technology, engineering and math, these special Saturday programs afford underserved Minnesota youth the opportunity to interact with local scientists, engineers, inventors and science educators through hands-on activities. 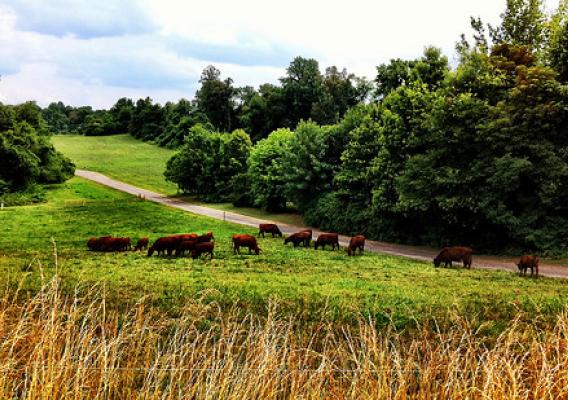 Sometimes big things come in small packages.  At USDA, we provide programs and services to producers of all sizes – and now we’re offering even more to small-scale and local beef producers.  Many small-scale producers are contributing to the growth of the grass-fed beef industry.  And, thanks to a new program tailored to meet their needs, they now have another resource in their marketing toolbox.

The USDA Grass Fed Program for Small and Very Small Producers, administered by USDA’s Agricultural Marketing Service (AMS), is designed as a verification tool for small and very small producers to certify that animals meet the requirements of the grass-fed marketing claim standard and will make them eligible to have their products marketed as “USDA Certified Grass Fed Beef”.

With today’s label-conscious, savvy consumers, producers are relying on verified and certified labels to help distinguish their products in the marketplace.  This new initiative joins our suite of consumer-trusted verification programs for meat, poultry, and eggs.