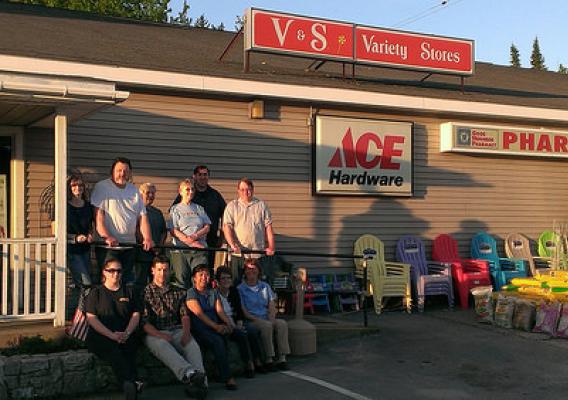 Taking Charge: How Rural Residents Are Switching from Employees to Business Owners

The retirement of the baby boom generation of business proprietors is predicted to result in a major turnover in ownership. Developing an ownership succession plan is especially challenging in rural areas where many small businesses are at risk of closing from the lack of locally available financing to keep them in operation. Rural Development’s Business and Industry (B&I) Guaranteed Loan Program now has new capabilities as of this August that specifically accommodate the needs of financing ownership succession.

B&I guarantee borrowers can now apply to loans for financing the transfer of business ownership within a family, usually involving a sale from parents to children. Prior to recent changes in the rules it was assumed that within families the transfer of ownership was always a seller-financed transaction. Yet, some retiring business owners may need to immediately take the sales revenue out to finance their retirement. 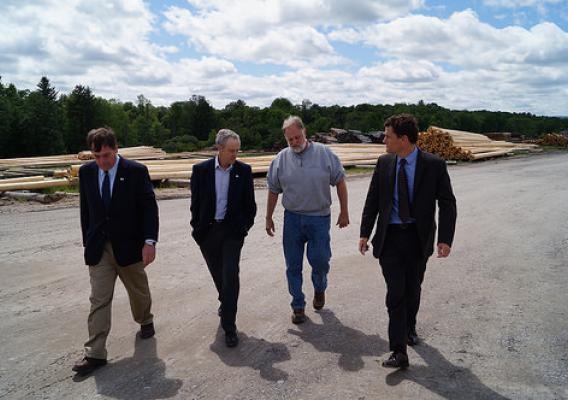 USDA is a Boon to Business in Boonville, NY; Higher Exports Thanks, in part, to Rural Development Program

Focusing on international markets, renewable energy and a community’s inherent assets, rural businesses find dynamic paths to prosperity.  To see this in action, I headed to Boonville, New York.

Mark Bourgeois was born and raised in Boonville and today is President of CJ Logging Equipment and 3B Timber.  A stable employer in the region, 3B Timer processes softwood trees on-site into utility poles. 3B Timber utilized Rural Development’s Business & Industry (B&I) loan guarantee to expand their operations.  As Mark explained, his company now exports 80% of its poles to Canada, expanding international trade and supporting job creation in the region and state. 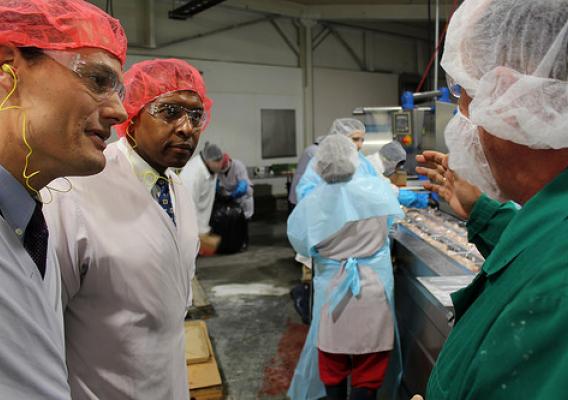 Corwin Heatwole describes himself as quite the stubborn - though innovative - teenager. Leaving home at 17 years of age, this hardworking young man from Harrisonburg, Va. started several successful businesses in his early 20s before he discovered that there was a growing demand for organic chicken in the U.S. In 2013 he bought 300 chickens with not one buyer yet in sight. Now, with the help of USDA, he has more demand than he can handle.

Since that day, Corwin has grown the business from 35 employees to nearly 350 in just 25 months with the assistance of the U.S. Department of Agriculture. In October of 2014, Corwin received $200,000 in a working capital Value Added Producers Grant from USDA Rural Development and in January of this year, he also received a $600,000 Business and Industry Guaranteed Loan (B&I). He used the guaranteed loan to upgrade a very old plant with state-of-the-art packaging and processing machines. Without the packaging machines in particular, he noted, he would have never been able to fulfill his growing orders from Costco and Whole Foods. And through this growing business, he has been able to increase his farmers’ end-of-the-year net income by 75 percent. 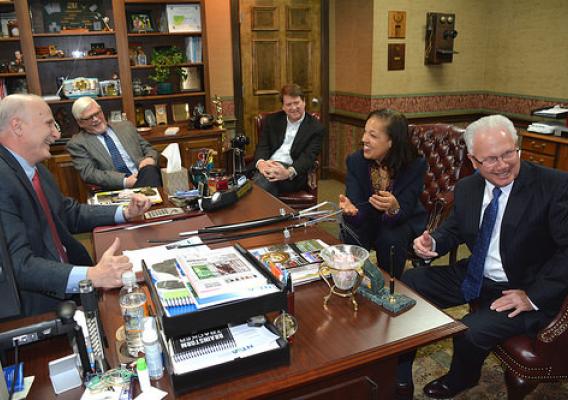 Keeping our Promise in Kentucky

During my trip to Kentucky, I was truly gratified to see Rural Development’s footprint throughout small towns spread across all regions of the Commonwealth. From water lines, broadband networks, wastewater treatment plants, single and multi-family housing, electric lines, senior centers, hospitals and small businesses, Rural Development helps build communities from the ground up working in partnership with local groups.

Last year, 73 Kentucky counties enduring some of the state’s toughest economic challenges were designated to receive targeted USDA support through USDA’s StrikeForce for Rural Growth and Opportunity Initiative. Soon thereafter, President Obama designated a region of eight counties in the state’s southeast corner as one of the country’s first five Promise Zones.  Under these designations, USDA works with local partners to leverage federal resources to address the area’s chronic poverty challenges and improve the overall quality of life in the region.

Lisa Mensah, Under Secretary for Rural Development Posted in Rural
Respond to this story 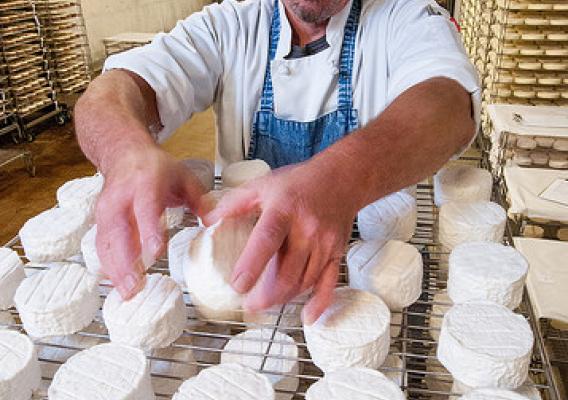 Last month, Secretary Vilsack announced a historic level of funding available for local and regional food: $78 million, including $48 million through USDA’s Business and Industry Loan Guarantee Program and $30 million through the newly-expanded Farmers Market and Local Food Promotion Program. The 2014 Farm Bill gave USDA these and other tools and resources, expanding our ability to connect rural and urban communities, increase access to healthy foods, and support rural economies through local food systems.

What does this mean for rural economies? Consider Cellars of Jasper Hill in Greensboro, Vermont. The Kehler brothers took their passion for dairy and founded a cheese making operation 10 years ago. Partnering with Vermont’s Community National Bank, USDA’s Business and Industry Loan Guarantee Program helped the company construct a 22,000-square-foot facility and expand its on-farm value-added cheese production. The project helped save 20 existing jobs and created 14 new ones in a town with fewer than 1,000 residents.

Elanor Starmer, Senior Advisor on Local and Regional Food Systems Posted in Food and Nutrition Rural
Respond to this story

When it comes to beer, Oregon is known far and wide as a hub of innovation and artistry or, as we locals call it, “beer-topia.” Since the 1980s, small breweries have been popping up across Oregon thanks to the state’s pristine water, abundant hops and grain fields, forward-thinking craft brewing policies, and talented foodies. In the process, Oregon’s brewers have tapped a powerful economic engine. According to the Oregon Brewers Guild, the state’s beer industry today generates $2.83 billion in economic activity in the state and employs 29,000.  And the future shows even more promise. The Brewers Association notes nationwide growth of the craft brewing industry in 2012 at 15 percent by volume and 17 percent by dollars.

Deschutes Brewery, Inc. is one of the pioneering businesses that helped establish the state’s craft brewing industry.  Gary Fish founded the company in 1988 with 12 employees and a brew pub in downtown Bend, Oregon.  By 1993, the increasing demand for their craft beers led Fish to build a separate brewery across town. With the added capacity, the company enjoyed increasing sales in a burgeoning market for artisanal products. 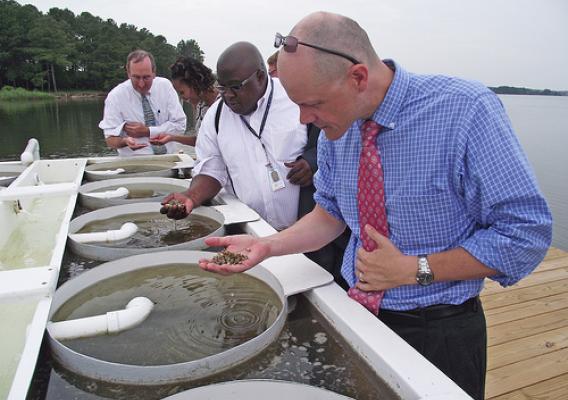 Earlier this week it was my honor to join USDA Rural Development Acting Under Secretary Doug O’Brien and Patapsco Bank President/CEO Michael Dee to announce funding support for one of Maryland’s favorite delicacies – the Chesapeake Bay Oyster.

“In today’s environment, economic recovery is the driving factor in everything we do, and our support for this local food project will have many benefits,” O’Brien said. “It will help support jobs and businesses in the region and support an eco-friendly environment that helps restore and protect the Chesapeake Bay.” 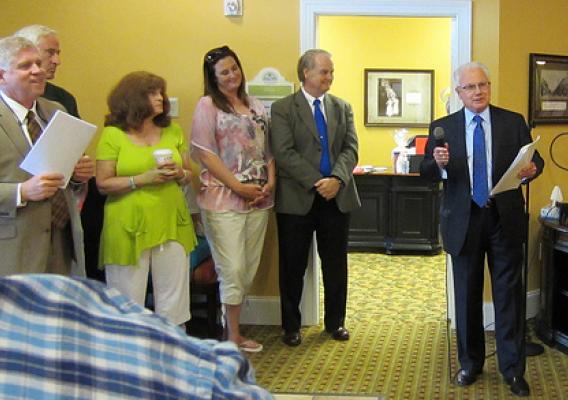 Recently, I spoke at the grand opening of the Daisy Hill Assisted Living facility in Versailles, Ky.  In visiting this facility, I reflected on the future of this and other facilities and their importance as we anticipate the droves of baby boomers seeking to maintain a quality of life as they transition to assisted-living.

The facility was financed through USDA’s Business and Industry Guarantee Loan program.  The $4.5 million loan guarantee to Pinnacle National Bank of Nashville has provided the owners an opportunity to create a beautiful facility for the residents.

Nobody in the audience was checking emails or text messages. No one was squirming and looking at the clock. In fact, all of the attendees were riveted to the presentations.

Lyle Frederickson with Great Western Bank observed the attentiveness and speculated that was because the lenders in the room represented small communities…and rural communities are crying out now more than ever for help capitalizing their small businesses. 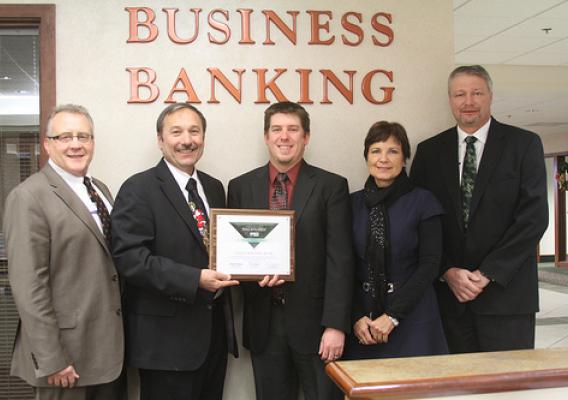