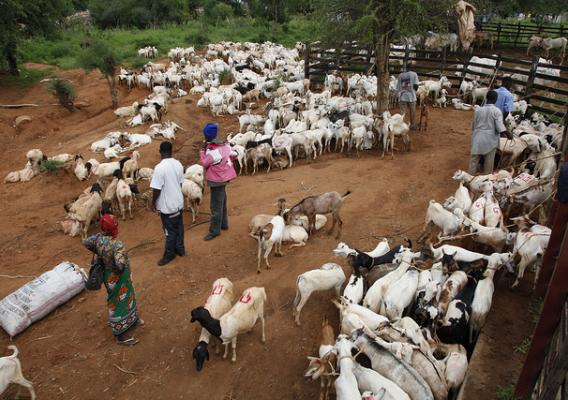 Most of us living in the United States are fortunate enough not to wonder where our next meal will come from. Yet across the globe, at least some time during the year, nearly 800 million people do. Not having access to stable and nutritious food sources – or food insecurity — negatively impacts people’s lives. Food security, on the other hand, means access by all people at all times to enough food for an active, healthy life.

Genevieve Croft, International Affairs Fellow, Office of the Chief Scientist Posted in Research and Science
Respond to this story 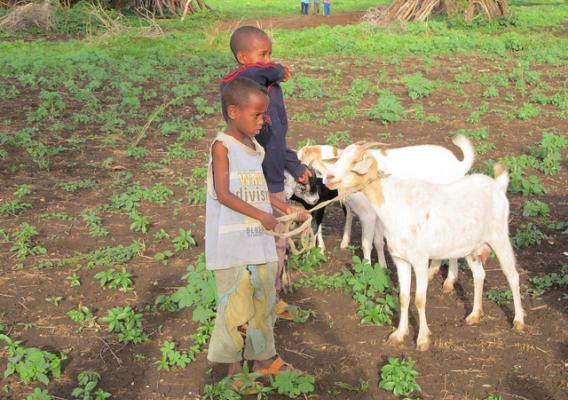 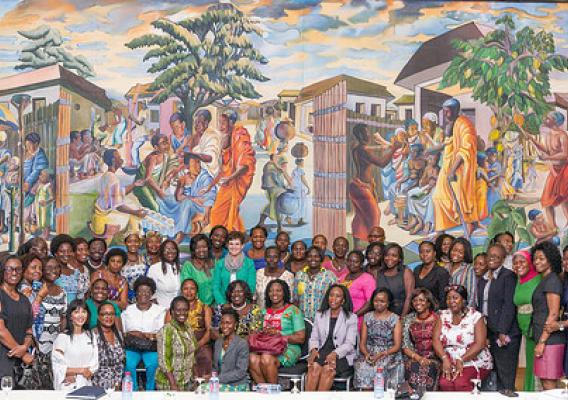 Building the Bench for Agriculture in 2015 and Beyond

No matter where you're from, no matter what you look like, no matter your background, the U.S. Department of Agriculture is here for you. It has been an exciting year at USDA, filled with growth and opportunity.  This year, I have traveled the country and the world to meet with farmers, ranchers and agriculture leaders who love the land and want to help the next generation succeed.

As 2015 comes to a close, I would like to share the top five things USDA has done this year to build a more diverse future for agriculture: 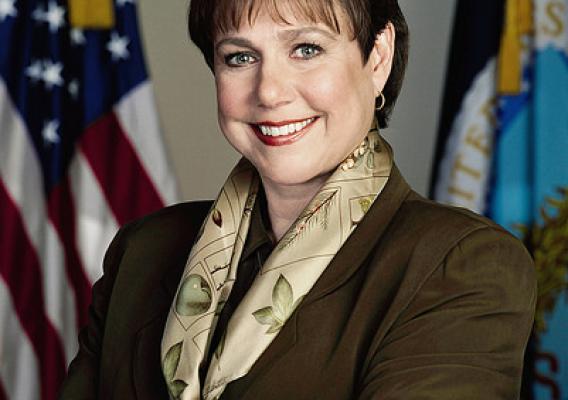 In Conversation with #WomeninAg: Ann Veneman

As part of our Women’s Week blog series, Ann Veneman shares her perspective as the first and only woman who has held the title of Secretary of Agriculture. A lawyer by training, Ann grew up in a small rural community in California and has dedicated her career to domestic and international food and agriculture issues. During her tenure as Secretary, American agriculture saw record farm income, record agricultural exports and the creation of stronger pest and disease protection systems for the country.

Ann has held various positions at USDA and in state government, including Deputy Secretary, Deputy Undersecretary for International Affairs, Associate Administrator of the Foreign Agricultural Service, and Secretary of the California Department of Food and Agriculture. She served as the Executive Director of the United Nations Children’s Fund (UNICEF) from 2005-2010 and is a member of the Council on Foreign Relations, The Trilateral Commission, the National 4-H Council Board of Trustees and serves as an advisor to the Bipartisan Policy Center. In 2009, Ann was named to Forbes Magazine’s List of The World’s 100 Most Powerful Women.

This May, agricultural ministers from twenty of the world’s largest economies (G20) gathered in Istanbul, Turkey, to issue an Agricultural Communiqué outlining key actions to advance global food security and sustainable food systems. What topped the list of their priorities? Reducing food loss and waste worldwide.

This blog was cross-posted on the Chicago Council’s Global Food for Thought blog.

Farmers, ranchers and foresters have long understood the need to care for our land and water. We depend on them for food, clothing and shelter – and they depend on our natural resources for their livelihoods.

The conversation about global food security rightly focuses on the most pressing issues of access, nutritional value, food safety, and productivity. Conservation and resource use are intrinsically tied to each of these challenges, but are not always a focal point. 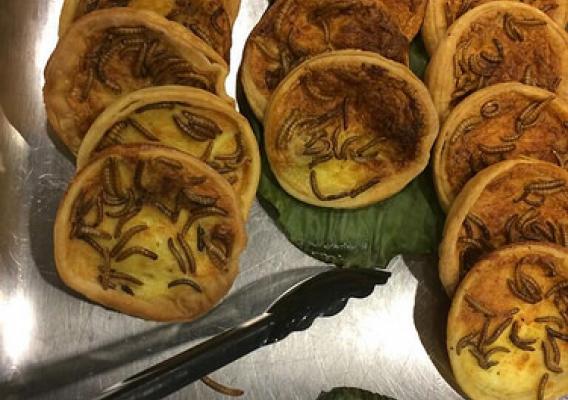 Insects for Dinner? Potential Tool in the Toolkit to Achieve Global Food Security

As an entomologist, the notion of eating insects isn’t new to me. However, for most Americans, the thought can make their stomachs churn. And yet, maybe seeing insects on their dinner plates is something Americans should get used to seeing.

Yesterday, I delivered the keynote address at the Insects as Food Conference, which was hosted by the FAO and Wageningen University in the Netherlands. As director of USDA’s National Institute of Food and Agriculture (NIFA), my goal is to ensure that the science we invest in leads to solutions to today’s most pressing challenges. One of those challenges relates to our world’s growing population, which is expected to exceed 9 billion by 2050. We need to find new ways to feed all people while minimally impacting the environment. This “9 Billion Problem” has implications for how we grow and view food now and in the future.

Sonny Ramaswamy, Director of the National Institute of Food and Agriculture Posted in Conservation Food and Nutrition
7 Responses

Helping American Indians develop profitable farming and ranching businesses, engaging tribal youth in 4-H, enhancing natural resources on reservations, and reaching out to tribal communities about topics that are of interest to them are just some of the activities supported by the Federally-Recognized Tribes Extension Program (FRTEP). FRTEP is administered by USDA's National Institute of Food and Agriculture and conducts education programs on Indian reservations and Tribal jurisdictions through partnerships with the 1862 Land-Grant institutions. FRTEP extension agents serve as liaisons between the Tribes and USDA programs and services. The purpose of the FRTEP program is to support extension agents who establish extension education programs on the Indian Reservations and Tribal jurisdictions of Federally-Recognized Tribes. Program priorities reflect the following areas: 1) Development of sustainable energy; 2) Increased global food security; 3) Adaptation /mitigation of agriculture and natural resources to global climate change; 4) Reduction of childhood and adolescent obesity; and 5) Improved food safety.

Later this month, FRTEP agents will meet in Fort Collins, Colorado, to receive an overview of USDA’s Animal and Plant Health Inspection Service (APHIS), its programs, and expertise.  APHIS is a multi-faceted Agency that is responsible for protecting U.S. animal and plant health, and animal welfare. 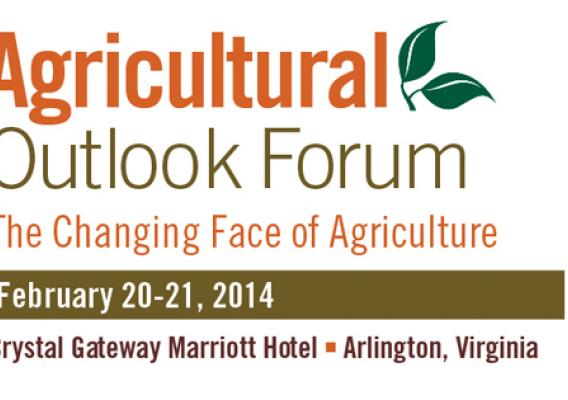 Here’s what the Economic Research Service (ERS) has in store for the Agricultural Outlook Forum. We have arranged two afternoon sessions on Thursday, February 20.  One will discuss farm income and the other the outlook for food prices.

The food price session, moderated by Michael McConnell of Informa Economics, will provide a perspective on food price inflation, the main factors that contribute to food price movements, and the implications for consumers in the United States and abroad. ERS economist Richard Volpe will present the latest outlook for retail food prices, recent trends in food expenditure patterns, and general-economy considerations. Another ERS economist, Ron Trostle, will discuss the volatility in commodity prices in recent years, and the impacts on food prices. And Keith Wiebe, Senior Research Fellow at the International Food Policy Research Institute (IFPRI), will address the implications of food prices for global food security.

To recognize the contribution that research in agriculture makes in our daily lives, we’re focusing this month’s Science Tuesday blogs on the successes that USDA science agencies have achieved for us all.

Many of us use technology daily to communicate faster than ever before. And Economic Research Service (ERS) is part of that group, too.  Using state-of-the-art technology, our economists and analysts work hard to deliver timely, policy-relevant research on topics such as childhood obesity, global food security, and climate change  -- issues that affect us all.  So, today we’re emphasizing the importance of economic information because “Ag Research Counts” every day, for every American. We’re continuing our trivia contest on Facebook with questions from past ‘Science Tuesday’ blogs.  You can weigh in on Twitter using the hashtag #AgResearchCounts. Here are this week’s blogs featuring ERS research that impacts each of us every day: