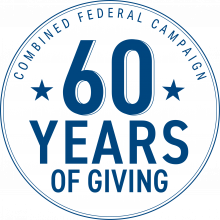 What is the Combined Federal Campaign?

The Combined Federal Campaign (CFC) is one of the world's largest and most successful annual workplace charity campaigns, with CFC zones throughout the country and overseas raising millions of dollars each year. CFC is the official workplace giving campaign for the federal community, offering federal employees and retirees the opportunity to support the causes they care about by giving to their charity (or charities) of choice from the thousands that participate. 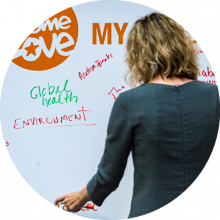 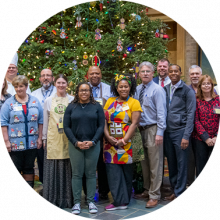 Thank you to everyone for submitting photos to the 2021 USDA CFC Decorator Challenge (PDF, 2.0 MB) and Congratulations to the winners! We appreciate your hard work and dedication to the CFC and to this contest.

Be a Changemaker through the CFC. The mission of the CFC is to promote and support philanthropy through a program that is employee focused, cost-efficient, and effective in providing all federal employees the opportunity to improve the quality of life for all. The funds raised through the campaign help neighbors in need around the corner, across the nation, and throughout the world.

We all have a personal reason for giving, and when we make the choice to give through the CFC, we each hold the power in our own hands. The CFC makes it easy to honor a loved one, carry on a tradition, volunteer our skills, and so much more! Your pledge can be completed anonymously or with the release of your contact information to the charity you are supporting.

Visit the CFC Donor Pledging System to create an account and pledge (PDF, 2.4 MB) to the charities of your choice. Federal employees and retirees can pledge monetary support and volunteer time—online, with a paper pledge form, or through the CFC Giving Mobile App!

You can be the Face of Change

You can be the Face of Change and show your support for the CFC by submitting your selfie for the GiveCFC.org homepage!

Dr. Jewel H. Bronaugh was appointed the 16th Commissioner of the Virginia Department of Agriculture and Consumer Services in 2018 by Governor Ralph Northam.

Ms. Martinez belongs to several professional organizations and served as president for the NRCS National Organization of Professional Hispanic Employees for two terms. She has received numerous recognitions, including the 2018 USDA Under Secretary Award for assisting with recovery efforts after Hurricanes Irma and Maria.

Ms. Martinez is currently co-chair for the NRCS Chief's National Civil Rights Advisory Committee, serves on the Regional Tribal Conservation Advisory Council (RTCAC) for the West Region and it is the NRCS Liaison for the National Association for Conservation Districts Diversity, Equality and Inclusion Task Force and Special Committee. She has mentored many employees and is a devoted single mom to a beautiful and strong daughter; and aunt to seven nieces and nephews.

Catrina Southall received her Master’s Degree in Public Administration along with her Certification in Nonprofit Management from the University of South Dakota, and her Bachelor’s Degree in Agribusiness from South Carolina State University.

Catrina began her career with Farmers Home Administration in 1993 as a Summer Intern. She was later hired as an Assistant County Supervisor in May 1994, in the Deland, Florida office. After several years, Catrina departed from USDA and accepted a position with Orange County Government.

After serving over 7 years of dedicated service to the residents of Orange County, FL, Mrs. Southall returned to USDA. Catrina Southall works for Rural Development (RD) as an Equal Opportunity Specialist (EOS). In this position she has served as Acting Branch Chief, currently co-leads the training team, and assists with program compliance complaints. Prior to joining RD's National Office Civil Rights team in 2018, she was an Area Director for RD in Florida where she managed a high producing office, and a staff of 13. She has presented and trained large groups throughout the State of Florida (over 500). She was the CFC Coordinator for Florida, where she led the State and received several awards for her diligence. In her spare time, she bowls and volunteers as the treasurer for The National Bowling Association - Greater Orlando Chapter.

Mrs. Southall was recognized as USDA RD-FL Employee of the Year and received the Henry E. Turney award for meritorious service. She has a very strong work ethic and is very dedicated to the cause of promoting growth in rural American by equitably implementing RD programs.

Catrina is married to Mark Southall and they have two wonderful children, Eric (24) and Jordin (13). Catrina is a member of Delta Sigma Theta Sorority, Inc. 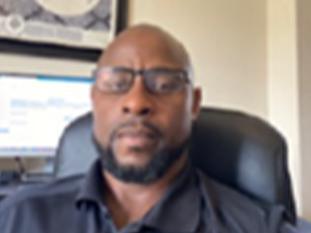 I am an engineer and a licensed professional project manager. I attained a bachelor’s degree in Mechanical Engineering with a minor in Business Administration, a master’s degree in Engineering and Technology Management. I am currently working on a Master of Maritime and Business Administration degree at Texas A&M University. I completed an executive program in general management from the University of Texas Austin and a non-profit leadership and management program from the United States Coast Guard Auxiliary training institute.

During my career, I have held several leadership and management positions in the United States Coast Guard Auxiliary, the energy sector and in the oil & gas industry. I served as project and risk management consultant at Southern Company, one of the largest power generation and utilities company in the nation and a board of director for Amazing Soldier’s a Nonprofit that caters to veterans by assisting their caregivers. I currently work as an engineering project manager for facilities renovation and modernization project for USDA Agricultural Research Facilities.

I possess a great passion for mentoring, community service and volunteering. I currently serves in many nonprofit organizations such as junior achievement; Engineers without Boarders USA and I was the vice president of public relations for international toastmasters. I also, served as a national staff officer for strategic and management planning board with the United States Coast Guard Auxiliary and Amazing Soldier’s board. I also served as a division public affair and diversity officer for the United States Coast Guard Auxiliary.

My main goal is to give back to the community that has given me so much. My area of special interest is in providing help our military veterans and, the underserved members of the society. I have a lovely wife and three children, my hobbies are reading, running, tennis, swimming, traveling, volunteering, and learning.

It will be a pleasure to render my services to any government agency that sees value or needs help in my area of expertise. 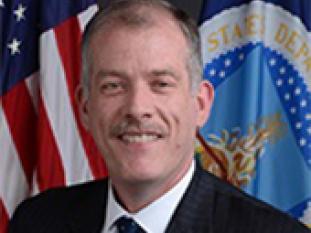 Robert Stephenson is Chief Operating Officer for the USDA Farm Production and Conservation Mission Area’s Business Center and executive vice president for the Commodity Credit Corporation (CCC), which funds most of the USDA commodity, export and some conservation programs. In this role, Stephenson oversees centralized operational and enterprise-wide support services for the entire mission area, including budgeting, financial management, information technology, human resources, external affairs, procurement, and facility management. Stephenson has served as Chief Operating Officer and agency head since the establishment of the Business Center in October 2018.

Stephenson previously served as deputy director of the Southwest Area, staff assistant in the Midwest Area, hearing officer with the agency’s Appeals Staff, and county executive director of the Decatur County office in Indiana.

During the 2014 Farm Bill debate, he was detailed to the U.S. House of Representatives where he served on the Committee on Agriculture and worked on the Conservation, Credit, Research and Energy Titles. In 2015, Stephenson received USDA’s Abraham Lincoln Honor Award and in 1997, 2000 and 2003, he received the USDA Honor Award for Excellence. He is a 2000 graduate of the Federal Executive Institute’s Leadership for a Democratic Society Program and received the Vice President’s Hammer Award in 1999.

Stephenson currently owns the family farm where he was raised. After graduating from the Indiana University School of Business, he returned to his family’s farm until he joined the Department of Agriculture in 1984. 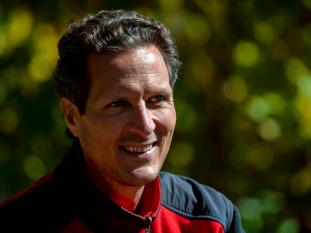 Greg DiNapoli is a Supervisory Program Specialist in the Employee Engagement and Recognition Staff (EERS) within the Office of Employee Experience and Development at FSIS. In this role Greg oversees various employee development initiatives for the agency including the “i-Impact” initiative, which helps employees see clearly how their jobs support the overall mission of FSIS. Prior to this he was Deputy Director in the Office of Public Affairs and Consumer Education at FSIS. In that role Greg oversaw all internal communications and was the primary liaison to FSIS’s external stakeholders including industry representatives and consumer advocacy groups. Greg launched the agency’s blog, food safety Twitter account and many other social media platforms the agency currently leverages to communicate its food safety messages to diverse audiences. Prior to joining FSIS in 2010 Greg was Deputy Director of the Office of Intergovernmental Affairs at the Department of Homeland Security (DHS) where he was a liaison to state and local governments, assisting them with grant funding from DHS to help with preparedness, response and recovery from natural disasters.

Beverly Smith is a Human Resources Specialist within the Labor and Employee Relation Division (LERD) at Food Safety and Inspection Services (FSIS). She began her career in the Federal Civil Service in 2017 but is no stranger to serving the public. Ms. Smith is a retired Senior Military Leader with twenty-two (22) years of honorable and faithful service in the United States Navy. She has served in multiple leadership positions as a Senior Human Resources Manager and Cryogenic Engineer throughout her naval career. Additionally, she served as the Director, Military and Veteran Programs with National University, La Jolla, California.

She consults with senior management officials and performs special assignments in labor and employee relations (LER) in her current position. Before joining USDA-FSIS in 2019, she worked with the Defense Contract Management Agency (DCMA) and Civilian Human Resources Agency (CHRA) in various HR positions.

Beverly believes no individual, no matter how hard-working, can do their job without the help of others. For this reason, it is her goal as a Human Resources Professional to maintain a friendly and productive workforce necessary for her organization’s success.

Beverly received her master’s degree in Human Resources Management from Wayland Baptist University. She is passionate about giving back to the community, so she advocates for at-risk children and serves as a Notary Public in Virginia. A native of Clarkshill, South Carolina, she has one son.

Thank you to the 2020 USDA CFC Team for their contributions and dedications to make the 2020 CFC Campaign a success!